Hi! Kim today with my first STAMPlorations/ARTplorations mixed media design team tutorial. I hope you like it! 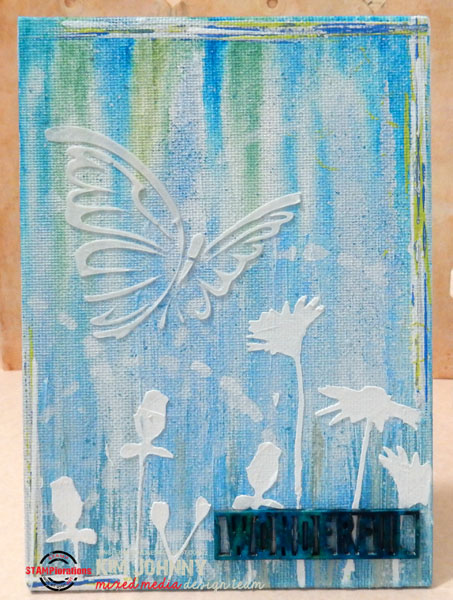 This is a 5 inch by 7 inch small canvas. I used the ARTplorations stencils Confetti Circles, Bloom Silhouettes, and Flutterby.

STEP 1
On a blank canvas, I colored in a random pattern using regular permanent markers like Bic Mark Its and Infinity Permanent markers (same as Sharpies). Once that is done, I dripped rubbing alcohol on the marker patches and it made the colors run as shown below. 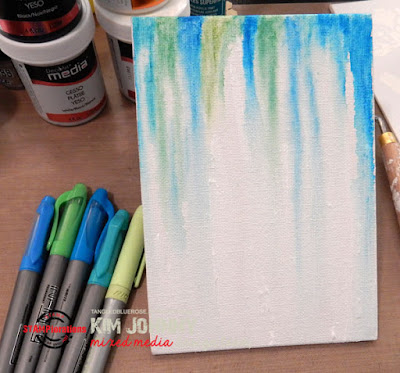 STEP 2
I built up the background some more. Using an old toothbrush, I splattered and streaked paint all over the canvas to add some texture and interest. I pulled the brush up from the bottom towards the top streaks to get the bladed look. 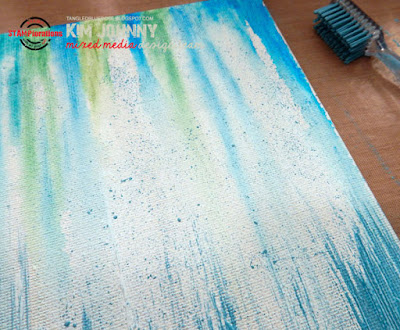 STEP 3
Now the fun part :) The background is ready to be embellished. I used the Confetti Circles stencil using white acrylic paint and a makeup sponge wedge. 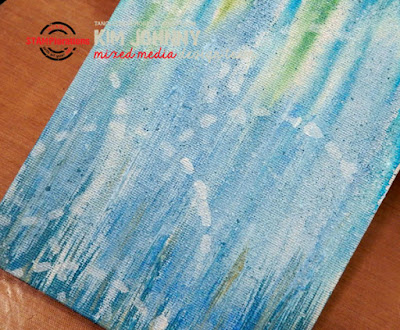 STEP 4
Using the Bloom Silhouettes stencil for the flower layer, I masked some portions off using cheap dollar store post it notes. Once that was done, I used DecoArt Modelling paste mixed with white acrylic to make it more opaque. I applied the paste with a palette knife but you can use an old gift card or whatever works best for you. 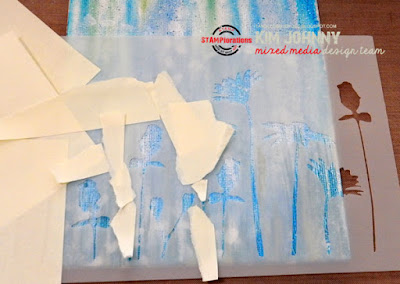 STEP 5
For the Flutterby stencil, I used straight DecoArt Modelling paste so it would be more translucent. 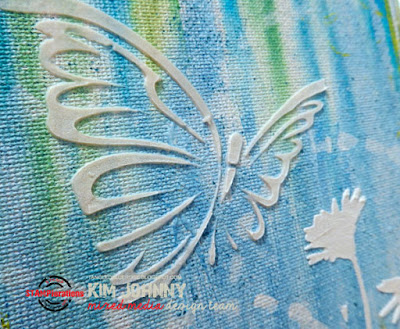 STEP 6
I added a sentiment. I used a Tim Holtz Alpha part colored up with Alcohol Inks. 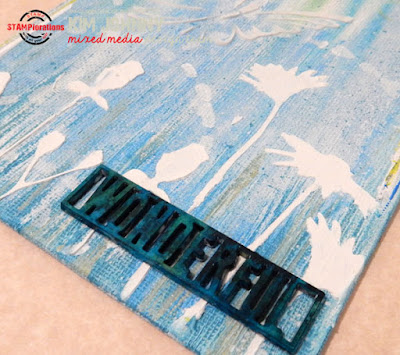 Thanks so much and have a great day!
Posted by Shery Russ at 9:00 AM